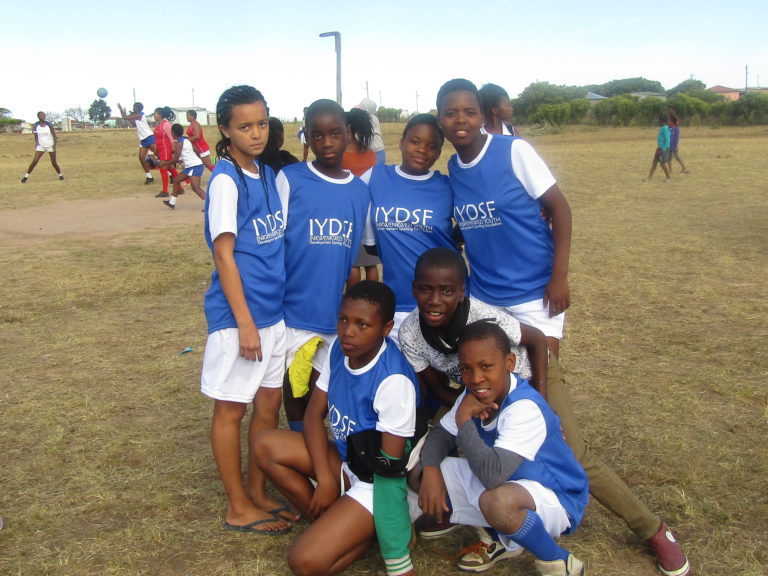 International Youth Day is observed globally on 12 August every year. In line with this year’s theme, Inkwenkwezi Youth marked this day by donating soccer and netball kits and sneakers to rural communities in need, in and around Peddie. Further, the organisation organised gender-mixed games ranging from soccer to netball to help end stereotypical attitudes on gender roles and sexuality, as in South Africa this day is observed during ‘Women’s Month’. The youths were delighted at the experience of wearing a new kit, most of whom had never worn a new kit before.

The day was packed with activities with young people enjoying free Wi-fi service and music. Furthermore, young people were engaged in dialogue. Their dialogue was centred around not having sporting facilities to call their own. During Youth Month young people were chased away, whilst participating in the organisation’s Youth Day Under-13 Soccer Tournament. Young people in Peddie said: “We need municipal sporting and recreational facilities, wherein no one would bar us from expressing ourselves.”

Mr Mantana, Chairperson at All Stars from Prudhoe community was grateful over the new kits handed over to the club – both netball and soccer. He went on to say, “we will no longer wait on a wet kit during soccer tournaments”. Siphele of Black Tigers said: “without the kit donated by Inkwenkwezi Youth we would still be kitted in extra-large T-shirts and barefoot.”